< BACK TO MAIN SITE

It is no secret that Snapchat is one of today’s most promising social media networks.  Capitalizing on a younger generation, Snapchat allows what some have called the “selfie generation” to indulge in what they like to do: take pictures of themselves and their friends.  As the platform’s user base continues to grow at an impressive rate, monetizing its business is a key strategic focus.  This blog will explore how Snapchat’s recent acquisition is a positive step in that direction. 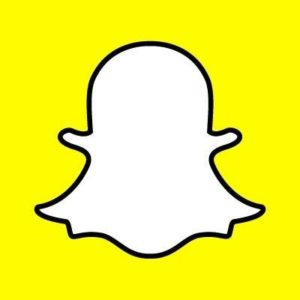 more than $20 billion.  This year, it even passed Twitter in daily users.  While the network is undoubtedly popular, some users have complained that the platform is not intuitive and it is difficult to find people to follow.  As big as Snapchat has become, the network has not really found a way to monetize its business.  To remedy these issues, Snapchat recently announced that it has acquired mobile search and recommendation app Vurb for a reported $110 million.

Next, we will analyze what Vurb offers and what it means for Snapchat.  On a simplistic level, Vurb helps you decide what do to and who to do it with.  On a more technical level, Vurb is a powerful search engine specifically tailored to mobile that takes a different approach than Google.  Rather than list pages upon pages of search results, Vurb brings together popular apps such as Yelp, Uber, Google Maps, Foursquare, and more in one centralized ecosystem to allow you to make plans for the night in a convenient and efficient manner.  Here are some numbers to put into perspective the potential of Vurb.  Someone who is planning an average night out may use up to nine apps, switch between apps 23 times, spend 10 minutes on the phone, and send 10 texts.  Vurb aims to eliminate or dramatically reduce this “workload” by bringing friends together in a collaborative process.

What does this mean for Snapchat?  Geofilters have been a popular addition to the platform that allows users to use specific filters depending on where they are located when using the app.  Vurb can significantly strengthen these efforts.  It could provide Snapchat with valuable data on where its users are taking photos and videos as well as where they are interested in going out for the night.  Companies will have an opportunity to engage with users and increase their digital presence.  Vurb aids the company in an area it is lacking and one where it wants to have a presence—discovery.  Through a discovery engine, Snapchat could help users more easily find accounts to follow.